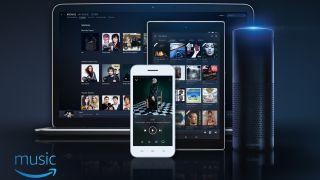 As controversial as this is going to sound, I believe Amazon Music Unlimited could become the best music streaming service in 2020 – better than Apple Music and, yes, better than Spotify.

What makes that such a controversial opinion is that Apple and Spotify are absolutely dominating in terms of subscriber count and market share in an area that Amazon, despite its position as the world’s leading online retailer, just can’t seem to win… and not for a lack of trying.

To chip away at the competitors, Amazon has created a number of different music streaming services (three, if we’re being precise) each of which serves a different audience: There’s Amazon Prime Music that has around 2 million songs and comes free with your Prime subscription. There’s Amazon Music Unlimited that has around 30 million songs, but costs a monthly fee. And then there’s the newly announced Amazon Music HD, that has the most songs of the bunch, with some of them are available in Hi-Res 24-bit/192KHz.

For years, Amazon has only had the two tiers but the new third tier – in addition to some competitive advantages Amazon has in the works right now – could give it the momentum it needs to finally cut through the static and reach the mainstream music listener.

Amazon’s roadmap to taking over the charts

Admittedly, it’s not going to be easy for Amazon’s smaller, less-popular music service(s) to take over the charts next year – Spotify has the industry in a vice grip and Apple Music courted its fanbase with a free three-month trial at launch and several deals since then.

If Amazon wants to win, it’s going to have to fight fire with fire… or, rather, deals with deals: To start, Amazon needs to offer a killer Black Friday deal on Amazon Music Unlimited and Music HD. If you sign up for the former right now, you’ll get three months free – that’s just as good as Apple Music and Spotify – but Amazon will need to sweeten the pot to get listeners on-board.

The good news for us? There’s a historical precedence for this and it’s not just wishful thinking. In fact, earlier this year, Amazon offered a pretty killer deal on Amazon Music Unlimited during Amazon Prime Day where you could pay $1 for four months of service.

Obviously there’s no guarantee that Amazon will run something like that again this year, but if it really wants to launch its service into the stratosphere, it’s deals like these that will push it into a position where it can compete with Apple and Spotify.

Roll out the new audio equipment

But, as we all know, having a high subscriber count doesn’t make you the best music streaming service on its own. Sure, popularity is good and it has its advantages, but at the end of the day it comes down to the sound quality and device support – two areas that Amazon is making a massive improvement on in the next six months.

One of the keys here, in terms of hardware, is going to be the Amazon Echo Studio. It’s Amazon’s Hi-Res answer to the Apple HomePod and, from what we’ve seen so far, it could really change the game for Amazon’s streaming service.

At $199.99 / £189.99 / AU$329 it’s not the cheapest speaker on the planet but, if Amazon delivers any sort of discount, its Hi-Res compatibility and serious smart home chops could be the key to getting more folks to sign up for Amazon’s higher-end streaming service.

Not only does it make use of Amazon’s “ultra high definition” music streams (to use the term Amazon is co-opting for its hi-res offering), but it’s also supporting and championing Dolby Atmos and Sony’s 360 Reality Audio formats. These immersive, relatively-new audio tracks can make it appear as sounds are coming from above and all around you, singling out individual instruments from a mix. Amazon Music HD is the only streaming service to support these formats, and the Echo Studio will be one of, if not the, most affordable single speaker you can listen to them on.

Now if only there were some sort of massive shopping holiday coming up that Amazon, a company notorious for marking down its own products, could take advantage of...