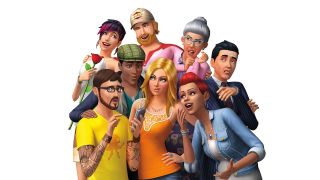 EA has alluded to the possibility of online play in The Sims series' future, saying that "social interaction and competition" will "start to become a part of The Sims experience in the years to come". This came during an EA earnings call, where CEO Andrew Wilson was asked about the idea of relaunching an online version of the game.

Wilson noted that The Sims is about to turn 20 years old, and discussed the idea of how the wider community enjoys comparing their creations in the game. The subject then turned to "The Sims for a new generation", with some discussion of how elements of The Sims Online could become part of the series down the line.

"And so as Maxis continues to think about The Sims for a new generation across platforms in a cloud-enabled world, you should imagine that while we will always stay true to our inspiration, escape, creation, self improvement, motivations, that this notion of social interaction and competition, like the kind of things that were actually present in The Sims FreePlay – sorry, in The Sims Online many, many years ago, that they will start to become part of the ongoing Sims experience in the years to come," Wilson said.

"We're very excited. This is a game that, it really doesn't have any competition in its category for delivering and fulfilling these motivations for players and we think it's a tremendous growth opportunity for us for many, many years to come." You can read the full transcript of the call here.

A few things to note: 'think about The Sims for a new generation' doesn't necessarily mean Maxis is making The Sims 5 as you read this. It could be about finding ways to expand The Sims 4 onto other platforms – that game is enormously successful and continues to be supported with new expansion packs. And the discussion of 'platforms in a cloud-enabled world' might allude to people being able to enjoy The Sims without the restriction of having the right console or PC hardware.

That said, multiplayer, or at least whatever Wilson means by "social interaction and competition" sounds like more of a sure thing in the future. It's strange that The Sims 4 has remained staunchly singleplayer, given its subject matter of simulated people sharing a house and neighborhood.

The future of The Sims

In the past, EA has supported The Sims games with multiple expansion packs, before releasing a new entry and beginning that cycle again. Around five years separated the release of The Sims 2 and The Sims 3, as well as the release of The Sims 3 and The Sims 4. This year, The Sims 4 turns six, and it doesn't sound like EA has any plans to start afresh just yet. More packs for the game will be announced this year, and the Tiny Living pack was released in early January.

It's possible that multiplayer could factor in to a future expansion of The Sims 4, then, rather than a new game. But "new generation" is an interesting choice of words by Wilson. We'll wait and see.