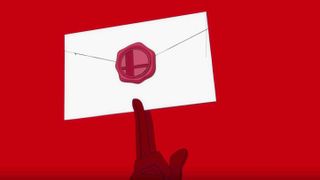 Super Smash Bros Ultimate, the latest entry in Nintendo and Bandai Namco's bestselling fighting series on Nintendo Switch, is getting a new fighter.

Sure, there are plenty already to start playing (smashing?) with, but if you've unlocked the 74 base fighters and add-on DLC characters, or just fancy something a bit out of the ordinary for your next bout, then Smash Bros Ultimate's drip-feed of new fighters should certainly pique your interest.

Nintendo informed us that the new fighter would be revealed in a 35-minute live stream on January 16, this coming Thursday. The live stream will commence at 2pm GMT / 3pm CET (or 6am PST / 9am EST).

Some previous announcements have dropped in a small announcement at the end of a larger Smash Bros Direct video, while covering other updates and additions to the base game, but it looks like this time the video will focus largely on providing "an in-depth look at an upcoming DLC fighter".

So, who's it going to be? It's anyone's guess, especially since the rumor mill tends to offer a few possible options at once. But we did get the often-cited Banjo-Kazooie, eventually, while Dragon Quest's Hero was predicted by some data miners in advance of the official announcement.

We aren't ruling out Doomguy (from the Doom series), and a DMC character could certainly make their way at some point in the seemingly very long pipeline of DLC fighters. One apparent leak last week also cited Travis Touchdown from No More Heroes, which, as a series that started on the Nintendo Wii, with a distinctive weapon and fighting style, would actually fit into the game pretty well. We're just happy to smash.