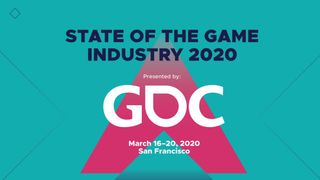 The next-gen console war hasn't officially started yet but, when it comes to developer interest it seems the PS5 is already beating Xbox Series X – and the Nintendo Switch.

That's according to GDC's State of the Game Industry 2020 survey, which surveyed 4,000 game developers on a variety of industry topics ahead of GDC 2020 in March. And, of course, the next-gen consoles were top of the agenda.

When asked which platform they planned to launch their next project on, 23% of those surveyed said the PlayStation 5, while 17% said the Xbox Series X and 19% said the Nintendo Switch – suggesting the Switch is also currently more appealing to devs than Microsoft's next-gen console.

However, not even the PS5 could hold a candle to PC, which remains the most popular platform among game developers, with 52% saying they were developing their next project for PC.

When it comes to the platform devs are most intrigued by, the PS5 once again leads the pack when it comes to consoles, with 38%, but the Switch only just behind on 37%. Again, the Xbox Series X is seriously lagging behind, piquing the interest of just 25% of devs.

The survey also revealed that 10% of developers are currently working on a game for the next-gen consoles.

While the survey seems to suggest that game developers are favoring the PS5 over Xbox Series X, there were some other interesting trends that emerged from the data.

It seems there's a rising interest in VR, and the Oculus Quest headset specifically, while interest in game streaming services like Google Stadia is also growing. However, the number of devs making mobile games is decreasing.

While these kinds of surveys aren't always a precise indicator of industry trends, these are the people making games right now, and their views on the industry landscape give us a pretty good idea of the general direction of travel.