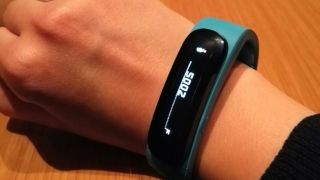 It's hardly a surprise to see Huawei getting in on the smartwatch game, but this isn't quite what we thought it would have up its sleeve.

One Huawei official has posted a picture of an interestingly-looking wrist device over on Weibo, along with the message, "My new toy. Do you like this color?"

The colour isn't the problem – it's the design of the watch itself that will likely divide. Going by the pictures, it seems to be taking some inspiration from the LG Lifeband Touch's rigid style.

However, this could be a separate health-focused wristband we're looking at, rather than a more straight-up smartwatch like the Galaxy Gear.

Huawei's smartwatch is expected to show up at MWC 2014, which kicks off in Barcelona on February 24.