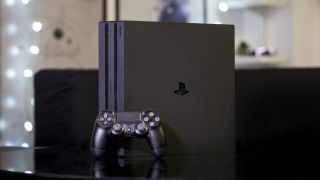 Sony PlayStation may not be a part of next week’s E3 2019 video game convention, but that won’t stop the company from making waves. In a recent interview, PlayStation’s new CEO Jim Ryan gave even more details about the company’s next home console, the PS5.

In an interview with CNET, Ryan spoke about a number of new features Sony has planned for the PS5, which include the use of a custom-designed solid-state drive (SSD) as the default storage option, native 4K 120Hz gameplay with the possibility of playing games in 8K, plus backwards-compatibility with games released on the PS4.

More interestingly, however, Ryan also spoke about the ability to start games on PS4, continue them on PS5 and then eventually take all that progress back to the PS4 as part of a “cross-generational play” feature that saves data to Sony servers and preserves your game state.

"Whether it's backwards compatibility or the possibility of cross generational play, we'll be able to transition that community to next-gen," Ryan told CNET. "It won't be a binary choice about whether you have to be either on PlayStation 4 or next-gen to continue your friendship."

Taking PlayStation Now to the next level

Speaking of servers, Ryan also dropped some hints about an upgrade for Sony's long-running game-streaming service PlayStation Now that made headlines a few weeks ago when Sony and Microsoft announced a groundbreaking collaboration that would allow Sony to use Microsoft’s Azure technology.

“We have a cloud gaming service right now, and we've added on it for a number of years ... We've actually achieved a lot, and probably a lot more than people realize,” Ryan said. “And our intent is to build on those learnings and really look to try to take PlayStation Now to the next level later this year and then in the years to come.”

Admittedly, this is a cryptic clue rather than an outright promise, but considering how little we know about Sony’s upcoming system, we’ll take any morsel of information we can get.

We'll keep our ears to the ground at next week's convention and report back with any new information we get on Sony – or Microsoft's – next-generation consoles.