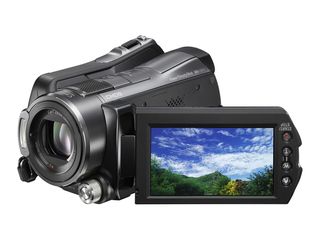 A clever new function in Sony's latest HD TV camcorders promises brighter smiles and clearer mugshots thanks to a variation on the increasingly common face-detection technology.

Smile, you're in high def

During the encoding process they take the areas identified as faces and compress them less, resulting in sharper images in those areas. Aside from that neat trick, both the new models represent the usual progress in the high-definition camcorder market.

Each shoots up to 1920 x 1080i-pixel video and 10.2-megapixel still shots. The difference between the pair lies in the storage - the SR12 has a 120GB drive that can hold 15 hours of full-resolution video, whereas the SR11 squeezes 7 hours into half the capacity.