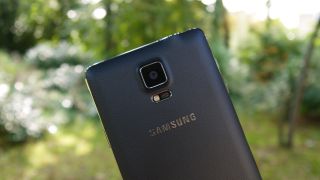 Samsung has history with the IFA press conference in Berlin. It has released every version of its flagship Galaxy Note handset there so far – but it may be all about to change for the Galaxy Note 5.

A new report in The Wall Street Journal cites sources "familiar with the matter" that claim the phone will launch in mid-August to give it "some breathing room" from the iPhone 6S Plus.

Obviously competition between Samsung's new phablet and the latest addition to the iPhone family is going to be tight and it isn't a big surprise Samsung wants to create some space.

Don't take this information as fact though – it wouldn't surprise us if Samsung was readying another device for an August launch.

It's about time we saw the release of a new Galaxy Tab S2 to compete with the iPad Air 2 so maybe that'll be what this US event is for.

It'll be a shame if the Galaxy Note 5 isn't at IFA 2015 - there likely won't be a lot to see at the event, making September significantly less exciting than previous years.