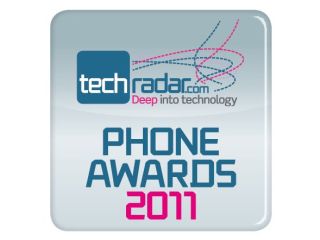 Phone Awards 2011 - the shortlist is here

Voting on the longlist for the TechRadar Phone Awards 2011 closed earlier this week. We've been hard at work totting up the votes and can now exclusively reveal the apps, games and phone innovations that have made the shortlist.

So far, we've had over 75,000 votes; the following shortlist represents the best of all things mobile and now you have the chance to choose what should win.

That's right, the shortlist is now open for you to cast your votes - and when you do, you'll be in with a chance of winning one of 13 fantastic smartphones. We have five Dell Venue Pros, five HTC Pro 7s, two Sony Ericsson Xperia arcs and one Sony Ericsson Xperia PLAY up for grabs!

And don't worry if you have already voted, as you can vote again and be in with a chance of winning.

So check out the list below, choose your favourite and go over to the Phone Awards site to cast your vote. It only takes a few minutes and we will be revealing all the winners in July.

Good luck and get voting!

Here are the list of nominations you voted through to the shortlist...

WTF of the year

Have your say in the shortlist, by heading over to http://awards2011.techradar.com.

Here are the phones and tech the judges felt deserved to go into the shortlist...

Phone of the year