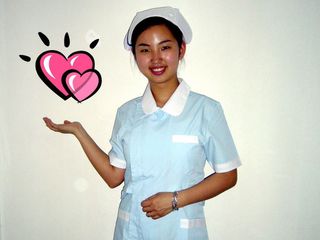 Well, whaddya know - the latest internet scam to con naïve young men out of their pocket money is predicated on, you guessed it, their insatiable lust for unattainable women.

Apparently, Wang Jing gets the men interested in her with a series of unsolicited flirty SMS messages, before inducing them to sign up to a monthly chat service that costs 10-30 Yuan (65p to £2). The result has been "hundreds of thousands of Yuan a month" for the online predators.

It's easy to be critical of the gullibility of anyone falling for this kind of scheme, but it should be considered that a large part of the blame really lies with the Chinese phone networks for their part in encouraging spammers by - as hard as this is to believe - actually taking a cut of their illicit earnings. Welcome to the future. J Mark Lytle