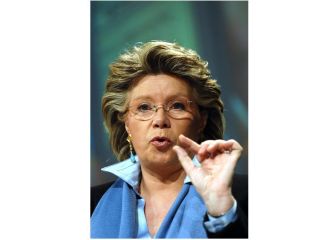 The European Commissioner for Information Society and Media, Viviane Reding

European telecom ministers will be meeting in Germany tomorrow to decide on the capping of roaming fees. Mobile phone operators charge higher rates for customers using their phones in other European countries. The European Commission wants to cap these rates, despite operator protests.

According to Mobile Business , the Commission said: "Ministers agreed to successfully conclude the legislative process on the reduction of roaming tariffs by the end of the first half of 2007".

The ministers, lead by the European Commissioner for Information Society and Media Viviane Reding , gave themselves the deadline of 16 March. It is, however, an informal meeting with no immediate action expected to be taken after its conclusion.

The company also told Tech.co.uk it believed its roaming fee packages were adequate for its customers, defusing the Commission's impending decision.