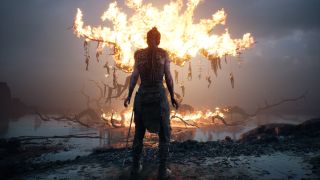 Spencer said Xbox was looking for creative teams and investing in more great content, and this is a sure sign of it. He announced a new studio, The Initiative, to be led by Darrell Gallagher. He comes from Crystal Dynamics where he worked on the recent Tomb Raider franchise reboot.

Undead Labs is known for the State of Decay franchise. Playground Games makes the Forza Horizon series, and Spencer said the studio would be bringing its open-world expertise to an entirely new project. Ninja Theory made the impressively cinematic Hellblade: Senua's Sacrifice. And, Compulsion Games is behind the dystopian We Happy Few.

For Xbox gamers, this is likely going to mean plenty of new titles coming exclusively to Xbox or Microsoft Platforms. And, for fans of these studios, the monetary support from Microsoft should help them put out some great new content. Spencer even said the studios would have "creative independence," which should help ease any worries that Microsoft could spoil these studios.