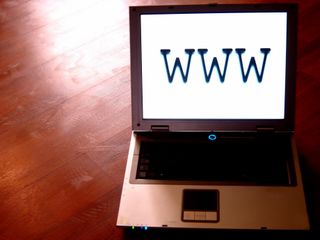 A new government website which vows to cut through the bureaucracy that makes managing things like tax credits and pensions a pain has been announced.

MyGov is a customisable site, created using the wonders of open source, which allows everyone in the UK to fashion a homepage for their own needs.

A successor to DirectGov, MyGov allows you to do things like sort out a doctor's appointment, apply for a school or get a new passport quicker and easier.

According to Gordon Brown, who outlined the site in his Building Britain's Digital Future speech, "MyGov marks the end of the one-size-fits-all, man-from-the-ministry-knows-best approach to public services.

Brown also remarked that: "MyGov will constitute a radical new model for how public services will be delivered and for how citizens engage with government - making interaction with government as easy as internet banking or online shopping.

"This open, personalised platform will allow us to deliver universal services that are also tailored to the needs of each individual; to move from top-down, monolithic websites broadcasting public service information in the hope that the people who need help will find it - to government on demand."

It seems that Brown et al have taken the idea of booking a holiday online and used this as the blueprint of MyGov.

For one, Martha Lane Fox has been put in charge (she of LastMinute.com fame) and Brown also offered this brilliant piece of wisdom in his speech: "Today you can book and pay for a holiday online in minutes. Why can't you do that for a blue badge for a disabled person? With MyGov you will."

There's no UK release date yet for the site but MyGov we'll let you know when it's announced.