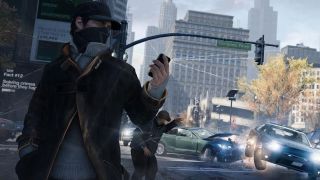 One of our favourite aspects of Watch Dogs is its asynchronous multiplayer, letting other players secretly jump into your game to cause mischief. According to Ubisoft, it was vital to keep Watch Dogs in line with the times instead of taking the route of most other experiences out there.

Speaking to TechRadar, Watch Dogs creative director Jonathan Morin said the team observed how multiplayer modes in many games have failed to keep up with the real-world connectivity of the modern day gamer.

"Real life has actually surpassed connectivity and online gaming," he said. "Online has moved on from being a niche thing that some people still find quite intimidating. But the same people intimidated by online play are overly connected to their friends through their phones."

Ubisoft's aim is to have a seamless experience where players can jump in and out of other people's games, either to break in and steal information, or just challenge them to a race through the streets of Chicago. Either way, the task was to modernise multiplayer by removing all the delays and faffing around that have traditionally come with it.

"It felt right to find ways to remove lobbies and lists of options, all the intimidating stuff, to then embrace the fact that everyone's connected and it's normal now," added Morin.

"The person doesn't really know it because they're used to accessing multiplayer through a menu. But in fact, while they're looking at the menu, they take their phone out and they're speaking to a bunch of friends at the same time."

"They shouldn't be as intimidated to be as connected as they were. We just had to remove the insane amount of clicks to get there. The thought was to make it more organic."