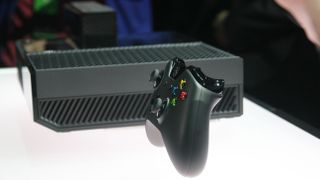 Microsoft is not a company renowned for changing its mind on things, but that's exactly what the company did today with its Xbox One console.

After a month of criticisms of its always-on DRM systems for game trade-ins and the online requirement, the Xbox team did something virtually unheard of in the video game industry - it changed its tune.

Gone are the requirements of the Xbox One checking in to Xbox servers every 24 hours. Gone are the restrictions on traded-in games.

And perhaps best of all for Australian gamers, gone are the arbitrary restrictions of region coding.

Since the dawn of the original Xbox, Microsoft has restricted the games that the console can play depending on where you live.

But as part of Don Mattrick's Xbox One 80 announcement came confirmation that regional restrictions have gone the way of… Well, the way of the Xbox One's daily Internet check-in.

While Australia has managed to get away with playing games from the UK thanks to shared region coding, the Xbox One will be the first Microsoft console to let Australian gamers buy games online from places like America and Japan.

Save a buck, save the world

This is a big deal. Despite Microsoft confirming that One games will cost the same as their 360 counterparts, the fact remains that the price of games varies greatly around the world.

For Australians, who regularly face recommended retail prices of $120 a game (compared to $US70) in America), this is a very convenient way of saving some money on a games library.

Even with shipping, in many cases it's cheaper to buy a game from the US than it is to pick it up from the local EB Games store.

And while many pundits are now lamenting the lost possibility of Steam-like savings that Microsoft could have offered with its original, DRM-laden Xbox One, the fact remains that region free gaming is a proven way to save money on games.

But even more importantly than cost, having a region free console allows gamers to experience games that might not get an Australian release. Fans of JRPGs, for example, will be able to import games without needing a foreign console.

And who can forget the frustrations of Rock Band lovers in the current generation who couldn't purchase the game's sequel in Australia without importing?

The good news also translates for non-Australians: this will also have the benefit of killing off the rumour that the Xbox One would only work in 21 countries around the world.

It's only a game

It's not all fireworks and champagne for international bargain hunters though. While Mattrick made it abundantly clear that Xbox One games will not have region locking, there has been no indication that the same rule will apply to Blu-ray discs or content available through the Xbox Live Marketplace.

In fact, given the similarities between the new terms and the Xbox 360's offering, it's unlikely the console will be completely region free.

To be fair, it's unlikely that Sony is looking at unlocking movie and PSN content across regions. But regardless of console manufacturer, it's still an arbitrary restriction for international gamers.

But perhaps we protest too much. The fact that the Xbox One and the PS4 are both games consoles, having region-free games is still a step in the right direction for Microsoft, and a much more palatable solution for gamers.