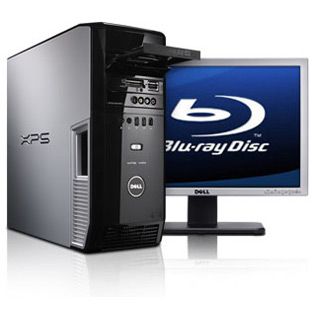 Not wanting to be left out in the holiday release news, Dell unveiled a new desktop computer on Tuesday called the XPS 420.

The new Dell computer features an Intel Core 2 Duo processor and your choice of graphics card from ATI or Nvidia. Interestingly enough, Dell also announced that the desktop will come with an exclusive Dell option called the Xcelerator that promises faster download and upload speeds.

Dell says Xcelerator is capable of preparing recorded video for portable devices up to 25 per cent faster and it will reduce the burden of video conversion up to 86 per cent.

If you're a fan of bloatware, the system will also come with a Dell-exclusive Adobe software bundle.

"The combination of the XPS 420 and the Adobe Elements Studio software makes it easy to harness creativity and imagination and share ideas, style and personality."