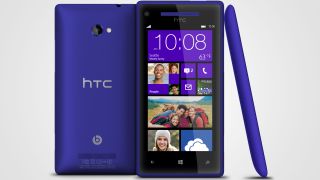 Are you tempted by a Windows Phone 8 handset?

While Apple has dominated the techlines for much of 2012, the time has come for Microsoft to shine.

As Christmas approaches, good old MS has kicked off its seasonal campaign with a hugue onslaught of new gear. There's Windows 8, Windows Phone 8, Office 2013 and of course, a multitude of brand new laptops, ultrabooks, tablets and handsets to run it all.

So make yourself a cuppa and allow us to walk you through the week's best gear.

When we reviewed earlier Windows Phone handsets, we were told the platform needed time to bed in. It's had that and it's evolved but we can't help feeling there are still a few areas it really is left lacking. Things like the poor media support are inexcusable and these are places where Microsoft is to blame more than HTC.

We're sure it will be fixed but it takes the gloss off a new purchase when things like this don't work flawlessly. And the sad fact is that even though Microsoft provides an OS that HTC can hardly tinker with in the way it can with Android, the buck stops with the Taiwanese here in punters' eyes. The HTC 8X promised so much on paper and the excitement leading to it arriving was building up for us. Yet when it arrived, we found it to be a mediocre handset and this is the best of the two WP8 phones HTC is launching. Which means it's not even the best value.

With a new version of Office, the first question that always springs to mind is whether or not there is anything new that Microsoft can add to a mature and powerful productivity package. Word is a product with 20 years of features and being able to insert videos and online images is more a matter of catching up with the times than a major new feature. But PDF Flow and the massive improvements in tracking changes and comments in documents are hugely useful.

All of the key Office applications get new features that are well implemented and equally well worth having. And with the switch to subscription pricing, the days of asking 'is it worth upgrading for this feature, no matter how useful?' are over. When new features come along, you'll just get them for the same price. But you won't be able to skip a year if you're happy with what you have, so do the sums on what Office costs you long term.

If we had a to pick a favorite aspect of the Windows Phone 8S by HTC, it would have to been its overall look. Between the iPhone 5, Galaxy S3 and Droid Razr M, we live in a sea of polished aluminum. In the past, we've claimed to prefer its feel, but HTC's 8X and 8S have proven that a little aesthetic variety is indeed nice. It's a compact phone that's still got reputable specs, and the option for microSD expansion is an unexpected plus, given the 8X's completely sealed design.

We do wonder what its battery life will be like with a 1700 mAh cell, and the lack of front-facing camera is rather strange. A special version of Skype has been one of Microsoft's major bragging points with Windows Phone 8, and it seems the 8S won't be able to enjoy all the benefits. This could be a corner that was cut to make a highly affordable device, making us all the more eager to get firm pricing numbers, and equally eager to give the 8S a full-blown review.

The Ativ S is our favorite Windows Phone 8 smartphone so far. While we like the eye catching and grippy construction of HTC's Windows Phone 8X and 8S, and the colourful, swappable backplates of the Nokia Lumia 810, Lumia 820 and 822, the Ativ S looks great. It's plenty thin and you can't argue with those specs. We're excited to give the Ativ S a full run-down once we get one in for review. The same goes for the Verizon version, the Ativ Odyssey, which may come with even more perks. We can't wait to find out what they are.

The Asus Vivo Tab RT offers a super touchscreen Windows 8 experience in a lightweight package. However, it hasn't matched its main rivals for price. That's a real shame and may put some buyer's off, but overall, the benefits of the Asus Vivo Tab RT do justify the substantial extra outlay.

Hands on: Dell Latitude 6430u review