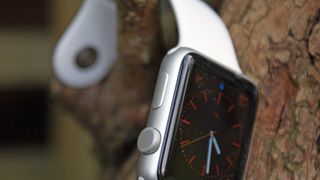 We're just a week away from Apple's big event, where we're likely to see the iPhone 6S and iPhone 6S Plus, but it's a bit difficult to say what else the tech giant will be unveiling.

So far we've had rumors of the new Apple TV, as well as expecting a look at the Apple Watch OS 2,OS X El Capitan and perhaps even the new iPad Pro on September 9.

It now looks like Apple will also be revealing new Apple Watch Sport bands, according to MacRumors.

The Apple Watch Sport bands, which currently come in white, black, blue, green or pink, is made of a synthetic rubber that Apple is calling fluoroelastomer.

It's also unclear if Apple will unveil more Sport bands for the steel or gold Apple Watch model, which are currently only available in black and white.

The site is "confirming" the new bands appearing next week, but as it doesn't cite any sources or where it got the information, a grain of salt is advised.

Still, it does seem possible that Apple will unveil a new range of Apple Watch bands and maybe even other accessories.