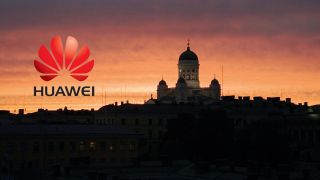 All eyes (and wrists) on Huawei

Huawei has confirmed it will launch a number of wearable devices in 2015, finally signalling its intent to properly get into the burgeoning market.

Until now Huawei hasn't really had much of an offering in the wearable space with the Talkband B1 the only device of note.

TechRadar was part of an exclusive briefing with Ada Xu, Huawei's Director of PR, at the firm's Shenzhen campus, who revealed an Android Watch would be arriving this year.

As well as a smartwatch to join the likes of the Moto 360, LG G Watch R and Sony SmartWatch 3, Huawei will also release some fitness related wearables too.

There's no word on when the wearable devices may arrive - or how many there will be - but our eyes are on MWC 2015 in Barcelona at the start of March, where Huawei has already confirmed it'll launch at least one new tablet.