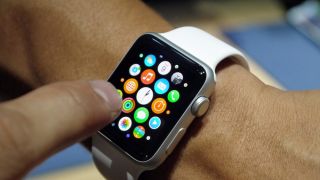 Earlier this month a leaked memo from Apple's retail chief Anglea Ahrendts confirmed the Apple Watch wouldn't be available in stores and it'll be ready to buy online.

Now a new memo to staff, from the same executive, has confirmed the product won't be available to buy instore at launch next Friday - or throughout May - with customers being asked to purchase online.

According to The Telegraph the note by Ahrendts reads, "Are we going to launch every product this way from now on? No. We all love those blockbuster Apple product launch days - and there will be many more to come.

"It's important to remember that Apple Watch is not just a new product but an entirely new category for us. There's never been anything quite like it. To deliver the kind of service our customers have come to expect - and that we expect from ourselves - we designed a completely new approach.

"That's why, for the first time, we are previewing a new product in our stores before it has started shipping."

Compared to last month's memo, we're seeing a much more downbeat vibe where the last note suggested it was a positive thing to lose the queues and give a better experience to its customers.

Apple admitted earlier today the Apple Watch will be delayed after switching the release date on its website.