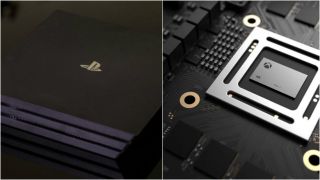 It feels as if announcements for the next Xbox (officially called Xbox Series X) and Sony PS5 are right around the corner, and now this gargantuan leak points to the next-generation AMD chip that may power it.

AMD allegedly plans to introduce a whole new system-on-a-chip to power next-generation consoles with both the company’s upcoming Navi graphics and cutting edge 7nm Zen 2 CPU cores – like those found in the latest Ryzen 3rd Generation processors. The report comes from TUM_APISAK, a serial leaker in the silicon world, and this whole new part is apparently called Gonzalo.

This AMD Gonzalo APU (accelerated processing unit) is said to feature eight processor cores that clock in at between 1GHz to 3.2GHz. Comparatively, the current AMD Jaguar APUs that power the PS4 Pro and Xbox One X currently run at up to 2.13GHz and 3.2GHz, respectively.

On the graphics size, AMD Gonzalo is said to incorporate Navi 10 Lite graphics. This is the first time such a part has been even rumored, so information about this part of the chip is extremely sparse, but at the very least they’ll purportedly run at 1GHz.

We expect E3 2019 will be chocked full of new hardware announcements, including a new next-gen Xbox and PS5, as well as AMD announcing its long-awaited Navi graphics architecture. Only time – and a likely increasing number of leaks leading up to the event – will tell if this pans out to be the truth.