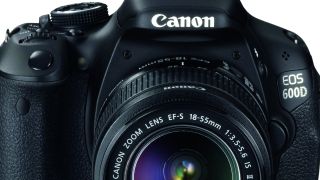 What's next from Canon?

It seems like barely a day goes by without a new Canon rumor.

Here on this continually updated Canon rumors page, you'll find the latest news and information on what camera is likely to be announced next.

Got any hot tips? Let us know via email.

With the announcement of the Canon 70D out of the way, a good portion of focus has shifted to another old-timer in Canon's range.

The Canon 7D has been around for over four years now - an absolute age in camera terms. Many photographers are keen to upgrade the model which sits at the very top of the enthusiast line-up - although admittedly some of those customers are likely to be drawn towards the full-frame 6D.

It seems likely that Canon will stick with a crop-factor APS-C sized sensor for the 7D replacement - if such a camera ever appears. It's a bonus for sports and wildlife photographers as it gives extra reach.

That aside though, it seems likely that new technology will feature and we hope to see something packed with lots of exciting extras, such as a touchscreen and Wi-Fi connectivity. We could also see the dual pixel technology as seen on the Canon 70D, which gives better AF in live view and video mode - with a better processor, this could be an exciting addition.

Digic 6 is the latest processing engine from Canon, but it's not found in the latest 70D, which sticks with the Digic 5+ processor. Instead, this processor is reserved for compacts such as the G16, S120 and SX280. Perhaps the 7D successor will be the first DSLR to feature the next generation processor instead.

To differentiate the 7D Mark II from the 70D, we could see improved weather selling, a more advanced AF system and a higher resolution sensor. Canon seems to be playing fairly safe with pixel counts so far though, so don't necessarily expect Nikonlike high figures.

Update: Some interesting specs keep surfacing with regards to the 7D Mark II. One such rumor is that the camera will feature a "hybrid" viewfinder. Details are sparse at the moment, but we've seen such technology before on the Fuji X100S - it's basically a combination of a digital and electronic viewfinder, allowing you to switch between the two depending on preference or what best suits the given situation.

A brand new type of image sensor is also said to be featured on the camera - with one rumor suggesting a Foveon type, as we've seen in Sigma cameras. A resolution of at least 25 million pixels is anticipated, if not expected to be able to compete with the likes of the Nikon D7100, which has 24.1.

Back in April, it was rumored that May would bring us the update to the 7D. It was also suggested that there would be two new lenses announced along with some new PowerShots. Well, the new lenses have already been announced (two wide angles, one for APS-C, and another full-frame), but there's still no sign of the cameras appearing, so perhaps we'll have to wait a little longer.

Although Canon finally joined the mirrorless party with the Canon EOS M back in July 2012, that hasn't stopped the rumor mill from suggesting what could be the next compact system camera from the company.

It's fair to say that the M hasn't been hugely well received, with many advanced photographers disappointed by the lack of direct control dials, buttons and viewfinder.

There's also a distinct lack of proprietary lenses, and, while you can attach existing EF and EF-S optics via an adapter, sticking a large lens on a small body does somewhat defeat the object. By comparison, the Micro Four Thirds system has over 25 optics, while even the Nikon 1 range is growing slowly.