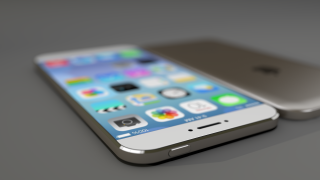 Will it be as big as the legend fortells?

We're expecting Apple to stick to its usual cycle and launch the iPhone 6 this September, but one carrier reckons it has the inside scoop on the exact date Apple's next flagship will be available.

Officials at German network Deutsche Telekom say they have been told that the iPhone 6 will go on sale September 19, claims Apple blog Apfelpage.de.

It seems very un-Apple-like to inform a carrier of the specific release date so far in advance, so it could just be DT making a educated guess - after all, the iPhone 5S launched in the UK, US and Germany on September 20.

Or, rather than coming direct from Tim Cook's mouth, the release data may have been informed less officially by an inside source at Apple. Whatever the case, we'd say mid-September is a safe bet.

Via Cult of Mac