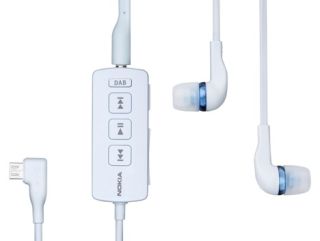 DAB on your Nokia phone - handy

Nokia has announced that its DAB radio headset for mobile phones has finally gone on sale.

The headset only works with the Nokia N8, C7 and C6-01 at present, but will also be compatible with the company's upcoming Nokia E7.

As we noted in our hands on Nokia E7 review, the Symbian^3 slider is almost good enough to be a PMP on its own, so the DAB headset will be a nice addition.

The DAB headset is the first of its kind, so it's really a shame it's only compatible with certain Nokia phones.

The headset is available now, with UK pricing set at £45.