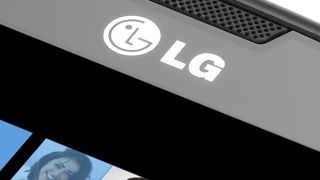 LG's getting back in the Windows Phone game.

LG has been pretty focused on Android lately but it did recently confirm that it's having another stab at Windows Phone - and a new leak suggests we could see the fruits of that labour sooner rather than later.

Seasoned Twitter tipster @evleaks posted an image of the 'LG Uni8', though aside from the fact that it's running Windows Phone 8.1 there's not much that can be deduced from the image. Physically it looks like your average rectangular handset, albeit one that's possibly quite slim and has a smarter look than its Lumia rivals.

There are a couple of things to take from it though. For one thing there doesn't appear to be a physical shutter button on the side, so presumably it will rely on a virtual button. The LG Uni8 also has on-screen home, back and search buttons rather than hardware ones.

It's also likely to be a fairly large screen device, as a lot of Live Tiles have been jammed into it, though sadly no specific specs accompanied the image.

The tweet says '2014' so we should be seeing the handset this year if it's for real. Perhaps at LG's event on 27 May? Perhaps not, that might be a bit soon, but we live in hope.