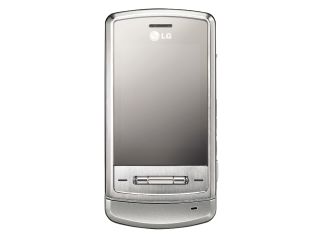 Love the look of the LG Shine but prefer a more traditional-shaped phone? No problem, as LG has officially announced the candybar version of its iconic mirror and metal mobile, the KE770.

The KE770, which won an iF product design award in December, was unveiled at a launch in Russia but is expected to be available in other European countries shortly. The KE770 has all the design hallmarks of the original Shine and includes a 2-megapixel camera, expandable memory via MicroSD card support, and onboard MP3 and video players.

Other regular features of the original KE970 slider version of the Shine are included here too, but unlike the U970 version that was released in the UK last week, the KE770 isn't a 3G-capable handset.