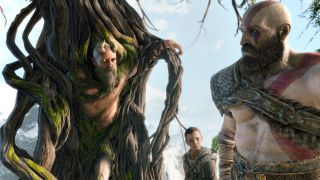 The PlayStation 5 will be the gateway to more "realistic" worlds thanks to its next-gen hardware - and it looks like developers are pretty excited about it.

In an interview with Gaming Bolt, Keisuke Kikuchi, producer of JRPG Fairy Tail, expressed how the PS5's AMD Zen 2 processor and SSD will allow for the creation of more "natural" and "realistic" game worlds.

“I am glad that it will greatly broaden the range of depictions and operations, so I look forward to being able to have more natural depictions, and especially those that feel realistic, as if you are there,” Kikuchu explained.

However, with these hardware improvements also come potential issues. As Kikuchi points out, this increased realism will put a lot of pressure on the processor's clock speeds as the console works to output those improved visuals and effects. "I am also preparing myself that things may not go according to expectations," Kikuchi explained.

Not a huge surprise

We're not surprised that developers are excited about the possibilities of the PS5. From what we've seen so far, the next-generation console has quite the hardware specs to play with.

For starters, the PS5 boasts an AMD Zen 2 processor which unlocks the powers of ray tracing, an advanced lighting technique that can bring next-level immersion to gaming visuals. It's typically only a feature that we've seen on PC and automatically ramps up graphical quality - outside of games, ray tracing is usually reserved for big-budget CGI spectacles.

The other key component in creating these "realistic" depictions is the PS5's SSD (Solid State Drive) which will give the console more in-built storage and making loading faster. Apparently this new SSD is 19 times faster than traditional SSD storage methods, which should result in almost seamless transitions.

Kikuchi touched on this in the interview, claiming that "the unnecessary loading time will be eliminated and the range of depictions will be increased, such as cinematics that go back and forth between multiple scenes."

Sony itself has pushed the idea of these decreased loading times and "dramatically improved graphics rendering" power.

In a statement sent out following a corporate strategy presentation earlier this year, Sony said the "two keywords for the future direction of PlayStation are 'immersive' and 'seamless'", with the 'immersive' experience "created by dramatically increased graphics rendering speeds, achieved through the employment of further improved computational power and a customized ultra-fast, broadband SSD".

Obviously to create more natural game world, a lack of loading screens is key. This seems to be something Sony is really focusing on with the PS5. A patent from Sony describes a type of loading software designed to essentially put an end to loading screens.

Sony's patent, 'System and method for dynamically loading game software for smooth game play' outlines a technology that tracks the player's movement through their environment, loading relevant assets as you move into certain areas.

This seems like a version of the technology used in games like God of War, which famously achieved a continuous camera shot throughout the whole game, without loading screens.

It'll be interesting to see the worlds that developers come up with when they harness the power of the PS5. But we'll have to wait until late 2020 to see them.