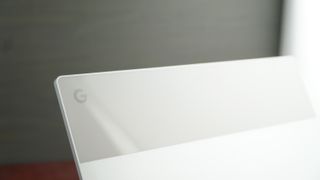 Here’s everything we’ve heard so far about the Hatch, Google’s next Chromebook. (Image credit: Google)

Initially codenamed ‘Hatch’ in several benchmark listings and other leaks, Google has reportedly been hard at work over the past few months developing this all-new Chromebook.

This rumored Google Chromebook is apparently going to come packing up-to-date Intel Core processors(CPUs), as well as more memory (RAM) than most Chromebooks. At least, that’s what the latest leaks are suggesting, setting up the Hatch to be a truly worthy successor to 2017’s excellent Pixelbook.

The most recent – not to mention, credible – leaks related to Hatch are regarding a named Pixelbook Go, which has been rumored to be the follow up to the Google Pixelbook Chromebook. And, we've just recently gotten our best look at the Pixelbook Go yet.

Still, Google clearly has quite a lot to live up to with this Chromebook release, especially considering whatever losses were caused by the failure in reception to Pixel Slate. Here’s everything we’ve heard so far about the Hatch, codename for Google’s next Chromebook.

While rumors and leaks of a release date are rather thin right now, many reports from MySmartPrice and NotebookCheck peg this Chromebook to release alongside the Google Pixel 4. That would mean a debut date of October 15, which is already anticipated by Pixel fans.

With that, it would be more than likely to see the Hatch hit store shelves and online retailers before the end of October. At the very least, an October 15 debut would all but guarantee a release before the Christmas shopping season.

Unfortunately, nothing in these leaks and reports comes close to discussing a potential price for the Hatch. However, we do know that the Chromebook is expected to run some of the latest 10th-generation (Comet Lake) Intel Core CPUs, starting with the dual-core Intel Core i3-10110U.

This would obviously put the Hatch in line with premium-priced Ultrabooks, like the Dell XPS 13. So, we can safely expect this Chromebook to reach similar prices, much like that of the previous Pixelbook that we so loved.

We now know of several key specification points and features expected to be included in the Hatch Chromebook product. For starters, we’re again aware that Google is reportedly equipping the laptop with Comet Lake Intel CPUs.

This is based on recently leaked Geekbench testing information made publicly available, specifically listing the Intel Core i3-10110U part in use, with outlets further speculating that Google won’t stop here. It’s likely that Google will include Comet Lake options for the Core i5 and perhaps even the Core i7.

Coupled with at least 8GB of RAM listed in the Geekbench results, this will make for a Chromebook that’s decidedly more powerful than most, which has been a hallmark of Google’s homemade Chrome laptops since their start.

Rounding out the known rumored feature list are a 2,400 x 1,600-pixel display with a 3:2 aspect ratio – just like the Pixelbook of 2017 – along with a new built-in stylus, backlit keyboard and a proper fingerprint reader for additional security.

All told, the Google Chromebook codenamed ‘Hatch’ is may be among the very best once more. However, judging by the Pixel Slate downturn, Google would be wise not to rest on its laurels here.