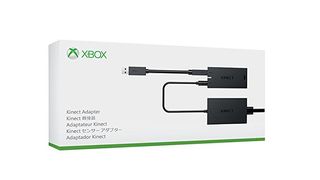 Update: While you can purchase a Kinect adapter for your Xbox One S, Microsoft is offering a way to get one for free.

All you need is to own an existing Xbox One, an Xbox One Kinect and the Xbox One S, and have the serial numbers for all three (which you should). When the time is right, Microsoft will update this page so that customers can put in the serial numbers and redeem their free Kinect adapter.

If you're a first-time Xbox One S buyer, or threw out your Xbox One in a fit of rage one day, read on.

If you want to connect your Kinect to Xbox One S or Windows 10 PC, according to a new listing on Amazon, it's going to cost you $40.

Microsoft posted a new listing on the etailer for an "Xbox Kinect Adapter for Xbox One S and Windows 10 PC" with a listing price of four Hamiltons here in the US and £33 in the UK.

At first glance, the connector looks almost identical to the Microsoft Kinect for Windows Adapter the company started selling last year in everything but name.

When the Xbox One S was unveiled at E3 2016, it was hard to spot a weakness. It's smaller and more powerful than the original box, and it somehow squeezes the massive power brick from the Xbox One inside the S's miniature frame.

Despite all of the positives, however, it was missing the proprietary Kinect port that would allow owners of Microsoft's 1080p camera to connect it to the back of the Xbox One S – something that upset gamers who had bought into the original Xbox One package that included the peripheral.

That said, the adapter promises a solution to that problem for gamers willing to shell out a little extra to bring motion and voice-controls to Microsoft's mini Xbox One when it comes out in August.