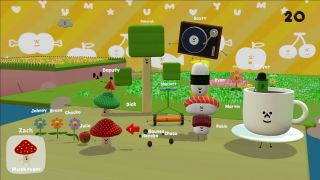 Epic Games Store has announced that eight new indie games will be available exclusively on its store. The games were announced as part of a PAX West 2019 Showcase, and include highly anticipated titles such as Ooblets and Wattam.

The announcement that these indie games will be exclusive to the Epic Games Store continues the company’s strategy of nabbing exclusive rights in a bid to win over customers from rival stores such as Steam.

Epic Games Store’s habit of making games exclusive has been rather controversial in the past, with some games, such as Metro Exodus, being made exclusive to the Epic Games Store even after preorders had been taken on rival stores.

So, which have been announced as exclusive to Epic Games Store?

Ooblets is a cute looking farming game that encourages players to farm, grow and train ooblets, as well as explore the world of Oob and take on other trainers in dance battles.

The creators of Ooblets announced Epic Games Store exclusivity earlier this year, and unfortunately the announcement was met with a lot of hostility.

Hopefully things have calmed down a bit now, and the announcement of yet more Epic Games Store exclusives won’t trigger the same level of anger.

In No Straight Roads, which is also available on PS4, you play as an indie rock band that combines visuals and audio to create a truly unique game. Directed by Wan Hazmer, lead game designer of Final Fantasy XV, and Daim Dziauddin, concept artist of Street Fighter V, it looks set to do something really different.

Manifold Garden is an indie first-person puzzle game that wants to “reimagine physics” and “explore the Infinite”, which are certainly lofty goals.

Strongly influenced by the dimension-bending works of MC Escher, this looks set to be a visually stunning game when it launches.

Superliminal is a mind-bending game based on optical illusions. It’s an inventive debut from Pillow Castle Games, and we’re excited to try it out to see if it lives up to its potential.

From the mind of Keita Takahashi (creator of cult games Katamari Damacy and Noby Noby Boy), Wattam looks just as nuts – and adorable – as Takahashi’s previous creations, focusing on the joys of friendship and discovery. This could be very special indeed.

Blending citry management and exploration, Airborne Kingdom looks like it could be a cyberpunk SimCity. That though alone makes us very excited to get our hands on this game.

The Eternal Cylinder looks set to do something completely new with the popular survival genre, with players controlling a herd of alien Trebhums as they explore a strange new world.

Exclusive for how long?

As we touched on earlier, Epic Games Store’s practice of making anticipated PC games exclusive has been rather controversial. However, many of these games will only be exclusive to the Epic Games Store for a set amount of time.

The developer of Manifold Garden, William Chyr, has tweeted that the game will be exclusive to Epic Games Store for 12 months.

We have some news. Manifold Garden will be coming to Epic Game Store later this year as 12-month timed exclusive for Windows PC. Here's the store page: https://t.co/JMstMj73Ih Let me know if you have any questions. More info below: pic.twitter.com/1YAYa8HNqdAugust 29, 2019

Epic has been almost ruthless in its bid to win over Steam customers, and has been encouraging developers to make their games exclusive to the Epic Games Store by not just paying for exclusivity, but also offering the developers a generous 88% of the revenue from the sales of their games – a much larger share of the profits compared to what Valve offers with games sold on Steam.

Still, there are gamers out there who are not happy with being forced to buy their games from the Epic Games Store, as many argue that Epic’s store (which is still in its infancy compared to some of its more established rivals) lacks the features of its competitors.

However, there’s an argument to be had that Epic’s money is helping to bring these indie games to market by offering financial security to the developers — something that developing indie games cannot always guarantee.