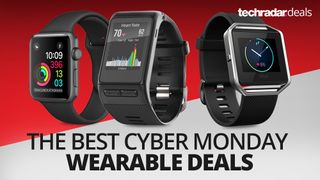 It's 2016 and wearables still haven't set the tech world on fire. But that doesn't mean that there aren't Cyber Monday and Black Friday deals to be had. Here's TechRadar's guide to the best wearables that have had something of a discount.

Whether it's smartwatches that have had their prices snipped, or fitness trackers with price tag's leaner than the people that wear them, we've got wearable deals covered.

Don't forget to keep coming back to this page. We will keep it continually updated with new bargains to be had and strip out any deals that are no longer with us.