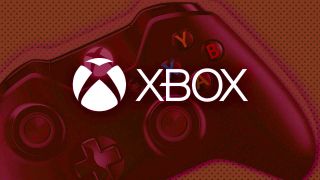 The benchmark results were spotted by a a Twitter user, and while we’re not sure what the purpose of the chip is, we know that Microsoft is working with AMD to produce a custom SoC that combines a processor and graphics card for the next Xbox – in the same way Sony is working with AMD on its custom Gonzalo SoC for the PlayStation 5.

If these benchmark results are real, and the AMD Flute SoC is indeed going to power the Xbox Scarlett console, then it gives us an idea of the console's specifications and potential power level – something Microsoft has been rather cagey about so far.

According to the benchmark results, the AMD Flute SoC will come with eight Zen 2 cores, 16 threads and SMT capability.

Interestingly, the base clock speed of the Flute SoC is just 1.6GHz, which is pretty low these days, with a maximum boost of 3.2GHz.

This suggests that the Flute SoC will be a low-power part for use in compact systems – such as a games console, and is similar to AMD’s Jaguar SoC which powered the Xbox One.

While on paper the Flute SoC’s processor doesn’t sound too impressive – especially when compared to modern desktop PCs’ CPUs – it looks like the Flute CPU will be at least two times faster than previous-generation Jaguar SoCs, and will be a big upgrade over the dated 28nm Jaguar SoCs found in the original Xbox One and PS4.

The Flute SoC is also expected to be 7nm, which will also bring power benefits.

As a system-on-a-chip, the AMD Flute looks like it comes with a graphics processing unit (GPU) as well, though clues about the graphics capabilities are harder to find. Apparently, it will be based on ‘NAVI 10LITE’ – which has been mentioned before when unreleased AMD Navi GPUs showed up in a Linux driver.

It’s possible that this is a ‘Lite’ version of the Navi 10 GPU, which will have reduced or limited specs compared to the full version, including lower CU (compute unit) counts. Having a lower CU count means the GPU will be less power-hungry, again suggesting that the AMD Flute SoC, if it does exist, is designed for a device where power efficiency is important – such as a games console.

Finally, the benchmark results also suggest the engineering sample uses 16GB of memory – though the type of memory is not mentioned. It could mean that the Flute SoC shares 16GB of GDDR6 memory between the CPU and GPU, in a similar way to how the Xbox One X shares GDDR5 memory.

So, does this mean we have a better idea of what the Xbox Scarlett’s specs will be? Well, there’s some compelling evidence, but remember that this is from a leaked benchmark, and we’re not sure if the AMD Flute SoC is going to be used in Xbox Scarlett – if the SoC even exits.

It’s also worth noting that this AMD Flute is apparently an engineering sample, which means this may not be its final specifications – and that could change if (and it’s a very big if) it ends up in the Xbox Scarlett when the console launches late 2020.

What we know so far about Xbox Scarlett

So, what do we know so far about Xbox Scarlett? When it comes to specifications, not a lot.

What we do know is that Xbox Scarlett will use a custom-designed processor from AMD that makes use of Zen 2 and Navi architecture – which seems supported with the AMD Flute benchmark leak.

According to Microsoft, this will make Xbox Project Scarlett 4 times more powerful than the Xbox One X and capable of 8K resolutions running at 120Hz frame rates. That's incredibly ambitious, and something we're not sure the AMD Flute chip will be capable of just yet – although hardware improvements and software efficiencies could help here.

An SSD will come as standard, as with the PS5, which will give it the option of using its storage system as virtual RAM, as well as lifting load time performance. That'll let developers stream in far more detailed worlds around a player. In terms of 'standard' RAM, the console will pack in a meaty GDDR6.