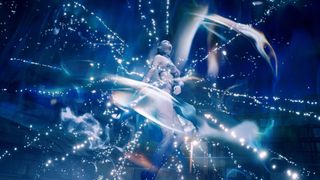 Final Fantasy 7 Remake and Marvel's Avengers have both been delayed to allow the respective development teams extra time for polishing.

In a statement, Final Fantasy 7 Remake producer, Yoshinori Kitase, explained that the delay was to allow the developer more time to polish the highly-anticipated remake.

“In order to ensure we deliver a game that is in-line with our vision, and the quality that our fans who have been waiting for deserve, we have decided to move the release date to April 10, 2020.

"We are making this tough decision in order to give ourselves a few extra weeks to apply final polish to the game and to deliver you with the best possible experience. I, on behalf of the whole team, want to apologize to everyone, as I know this means waiting for the game just a little bit longer."

"As fans ourselves, it's an honor and a privilege to work with these legendary characters and we know what these Super Heroes mean to us and True Believers around the world. When we set out to bring you our vision for Marvel's Avengers, we committed to delivering an original story-driven campaign, engaging co-op, and compelling content for years to come. To that end, we will spend this additional development time focusing on fine tuning and polishing the game to the high standards our fans expect and deserve."

And they're not the only delays...

These aren't the only game release date delays that we've seen recently. id Software announced last year that Doom Eternal's November, 2019 launch date had been pushed back to March 20, 2020, while Naughty Dog delayed The Last of Us: Part 2's release date was delayed from February 21, 2020 to May 29, 2020.

In addition, Ubisoft delayed a bunch of its upcoming titles and Nintendo's Metroid Prime 4 has been delayed indefinitely.

Much like Crystal Dynamics and Square Enix, these developers have put these delays down to the extra time needed to polish their games. And while frustrating, we welcome developers taking more time to tweak a game before its release and then releasing a game of higher quality - rather than needing to try to stamp out bugs once the title is in the wild.

We can only hope the wait is worth it.