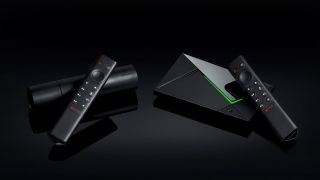 If you're a cord-cutter, or you plan on joining their ranks in the future, a streaming device for watching shows and movies and listening to music is a must-have. For folks with older smart TVs, and anyone who wants a reliable way to stream, you just can't beat the value, performance and convenience of a streaming device.

Now, admittedly, the term 'streaming device' is pretty nebulous. These days, laptops, desktops, phones, tablets, consoles and, well, pretty much every internet-connected device is capable of playing YouTube, Netflix, Hulu and more. But what sets streaming devices like the Roku Ultra, Apple TV and Amazon Fire TV apart is that they're dedicated streaming players: their one and only job is to bring you content.

To that end, we believe the best streaming devices are the ones that have the best user interfaces, with little or no lag time, and which are capable of playing video from pretty much every major streaming service, and will stay up to date when a new service comes out.

We're here to help you make the best-possible choice by ranking the best set-top boxes in two categories – for 4K TVs and for Full HD TVs – and we'll tell you which ones will best fit your home entertainment center.

In years past, it was easy to pick out the best 4K streaming device – that's because there were only like two of them on the market.

These days are a host of 4K streaming devices out there. And while all of them are capable of pushing millions of pixels worth of data to your TV, they're not the same in terms of their content libraries and format support. That's why we looked at the content available on each platform – not only the number of apps available, but the quality, too – as well as its feature set, usability, and potential to grow in the coming year.

Unfortunately, with so many new streamers to choose from, some excellent 4K streaming boxes have been squeezed out of our top picks. The super-talented Google Chromecast Ultra just misses out, as do the Roku Ultra and even the Xbox One S. However, what that means is that our remaining trio are the absolute best streaming boxes for 4K and HDR content.

Thanks to killer AI upscaling, the Shield and Shield Pro are the best streaming devices on the market

At three times the cost of entry-level 4K HDR streaming players, the Nvidia Shield (2019) isn’t cheap, but it’s an incredibly powerful streaming player thanks to its cutting-edge AI upscaling tech and its support for both HDR10 and Dolby Vision content. With it, you’ll also get the newly redesigned Shield remote, which has been revamped to be more user-friendly, and the latest version of Android TV, which serves as a gateway to Nvidia’s game-streaming service, Geforce Now.

But the feature that puts it miles ahead of the competition is Nvidia's new AI upscaling feature – it's one of the coolest features in any streaming device right now. It's powered by a neural network that has been 'trained' using thousands of hours of footage and which can hugely sharpen content, making HD content from the last 20 years look like it was shot earlier this year with a 4K video camera. It's wild.

It has a few limitations – notably it doesn't offer Apple TV, and it costs a bit more than a Roku Streaming Stick – but you get what you pay for here.

Apple's streaming box gets a 4K HDR shot in the arm

Yes, it's locked to the Apple ecosystem, but iPhone users will love the tvOS operating system, which looks nothing short of sublime. It packs in the pixels and looks sharper than ever, while a souped-up A10X processor means navigation and app loading are fast.

Whether you go for the 32GB or 64GB storage versions, every streaming app you can think of is here, with one glaring omission: there's no Amazon Prime Video. However, we do like the 4K HDR ‘room’ within its iTunes movies app, which makes it easier to discover high-res video content.

Dolby Vision is a real asset that few other streaming devices support right now (with Dolby Atmos to follow, we've been told), and just as impressive are universal search and the addition of Apple Music, the latter of which which makes Apple TV a competent jukebox as well as a top-tier movie streamer – and the integration of the proprietary Apple HomeKit smart home tech could be a feature to watch. Our only criticism is that Siri makes too many mistakes.

While it can't match the AI upscaling of the Nvidia Shield or the usability of the Apple TV 4K, the all-new Fire TV Cube is, by far, our favorite Amazon streaming device – it's better in so many ways than the Amazon Fire TV Cube that was released in 2017, and every single Amazon Fire TV box before it.

For the 2019 version of the Cube, the processor upgrade and inclusion of Dolby Vision are great new additions and, in spite of a few shortcomings, help to solidify the Cube's spot as one of the best streaming players to be released this year.

Yes, technically speaking you could do almost everything the Fire TV Cube does with an Amazon Echo Dot and Amazon Fire TV Stick 4K, but the hexacore processor-powered box moves faster and creates fewer frustrations. It's a cliche to say it, but the Fire TV Cube is greater than the sum of its parts.