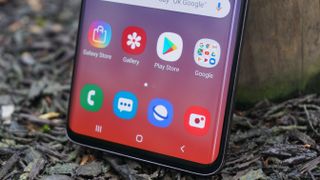 Customization – it is a core part of Android’s essential appeal. Where iOS presents a locked interface in which the user can only rearrange icons, in Android where there’s a setting or an icon, there’s a reasonable chance you’ll be able to change it.

This relatively fragmented approach to design can be seen in the ‘skins’ pushed by various manufacturers. The software used by a Samsung device might be ‘Android’, but it looks a lot different to the ‘Android’ used on a Sony handset.

This control is passed right back to the user too, through the use of ‘launchers’. Downloadable from the Play Store, these apps can completely change the appearance of your phone’s software, to better suit your tastes and to often work a little more efficiently.

We’ve put together a list of our top ten Android launchers for 2020, each of which is a solid choice for your device, with the proviso that what is best will be down to your individual tastes. As such this list is in no particular order. Read on for our full selection.

Following the failure of Windows Phone, it may seem odd that Microsoft sought to create software for the operating system of its arch-rival. Regardless, the resulting effort is one of the best launchers available for Android.

Microsoft Launcher is endlessly customizable, offers a built in news window, a widget ‘shelf’, expandable dock options, app icon customization, and a lot more. It also offers deep integration with Microsoft’s own services, such as Skype, To-Do, Wunderlist, Outlook and more, which is a definite plus for those already invested in its software ecosystem.

And not only is the launcher very tweakable, it is also very fast, with the option to remove transition animations for even more speed. For most people this is a very solid launcher, and as such it is one of our top picks.

Where there are many launchers which offer a slew of customizations, there are also those which look to offer a simpler overall experience. Evie Launcher is one such option, offering various choices for app columns and the width of the app dock, but not much else beyond.

Not that this is a weakness, far from it. The focus on simplicity means that this is one of the fastest launchers around, and among the easiest to navigate for those who don’t wish to do a lot of setup. It has a powerful universal search function, and also offers some deeper tweaks for those willing to invest the time.

This is a very good option for those looking to dip their toes into the world of Android launchers and customize the software experience on their smartphones for the first time.

For as long as Android has had launchers, so too has Nova launcher been around. One of the first options to see widespread adoption, the app has built a loyal following since its launch, offering some of the most granular customizations available on the market.

If there is something you want to change with Nova, the chances are that you can, from animation speeds to the spacing of widgets and home screens, it feels as though there is nothing beyond its powers.

This said, offering so many options can mean that there is a bit of a learning curve, and also means that it is more difficult to get a look suited to your particular tastes.

Nova is an excellent choice for most, but really shines in the hands of those who know what they are doing. There is a Pro paid-for option, but this can be safely passed over by most.

For a small subset of the population, Windows Phone never really died. Despite its detractors, the mobile operating system always had a passionate fanbase, and this launcher is aimed squarely at them.

Launcher 10 is the best take Android can offer on the unique ‘Metro’ interface offered by Windows Phone, a mosaic of tiles which is entirely user-customizable. Though it doesn’t offer any of the ‘active’ functionality of the older Windows Phone design, it is still a well put together offering with great ease of use and no small amount of nostalgia.

While it may best be left to those with Lumia dreams, it is also an interesting choice for those looking for something a little different than standard Android.

It isn’t just Windows Phone which is missed, there are also more than a few among the general population who have more than a little fondness for Blackberry devices. BlackBerry Launcher, straight from BlackBerry itself, replicates the look and classic functionality of said handsets and also offers some interesting innovations.

These include the Blackberry Hub, which is an integrated station for all of your communications, and also swipeable widgets, which appear when a compatible app icon is swiped on, offering instant access to information without taking up space on the home screen.

Though it has some interesting design quirks, this is again an unconventional choice for those looking to stray from the beaten path, and is also a good route for those with an email-heavy mobile workflow, due to the solid integration of the Blackberry Hub.

One theme key to the choices on this list thus far is that none of them attempt to reinvent the wheel when it comes to user experience. Though they offer customizations, they don’t deviate significantly from the general Android template.

Enter Smart Launcher 5, which takes things a little differently. This launcher attempts to use smart guesses to group apps by type and to offer useful shortcuts to help make sure that getting things done is as simple as possible.

Though this might not be to the taste of minimalists, the various shortcuts and functions offered promise to change the way you use your phone – this is one for those looking for a little adventure.

What this means in practice is ‘smart’ widget placement, ‘smart’ grouping of apps, and more. This launcher will try to guess what you want to do before you’ve even swiped through the lock screen.

A warning, however: should you choose the free version, the ‘pro’ version will be advertised to you regularly.

In 2018, Chinese manufacturer Xiaomi made waves in the global smartphone market with the introduction of the Pocophone F1, a budget handset with flagship specifications.

For this device, to emphasize speed, it crafted a separate launcher with an emphasis on efficiency and simplicity – and this has since been launched as a separate app on the Play Store for any Android phone.

Poco Launcher operates with a Pixel-like feel, meaning that it is very fluid and snappy. Moving around the interface takes no time at all, and a RAM cleaning shortcut is created on the main home screen to kill hungry background apps.

This launcher is for those looking for a relatively ‘pure’ Android experience that still has a little personality of its own. The small download size means that this is also a generally good option for older and budget devices.

Another venerable entry, Action Launcher has been hanging around the Play Store for many years, however it has recently had a lick of paint and is now once again one of the top options available.

This particular ‘Pixel’ flavor seeks to emulate the software experience found on the Google Pixel line, meaning a focus once again on simplicity and speed. The emphasis is on easy swipes from the home screen, providing access to app lists and an easy-to-find widget shelf.

Though the paid for version of the app does promote itself a little strongly, Action Launcher: Pixel Edition is a good option for those who have recently found themselves the owners of a Huawei or Xiaomi and who are looking for a fast, easy software experience with very little setup.

When it comes to minimalism, it sometimes seems that there is no limit to what can be pared back. Niagara Launcher exists it seems as a philosophical experiment, to see how little the average user can function with.

It is stark, clean and rather pretty, though it may be a little too stripped back for some. With no bells and whistles, it operates quickly too – this is a good option for those who find any frippery of any sort too much to bear.

An entirely open-source effort, Lawnchair 2 is another option which looks to lift the more positive elements of the Pixel experience wholesale. That is to say that it once again has a focus on simplicity and speed, while stripping back superfluous elements as far as possible.

This is a very small install at only around 15MB at the time of writing, meaning that it is a good option for those with older phones looking to apply a lick of paint to their software.

The launcher also offers the usual selection of widgets and customization options, with all such options being easy to find – leaving this a solid choice for launcher novices.