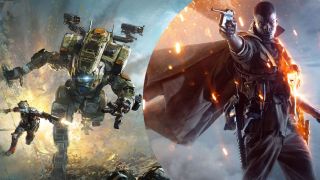 There’s no denying there’s something special to owning a physical item – be that a vinyl record, a Blu-ray box set or a brand new gaming release. The peel of the cellophane, the artwork, that tangible sense of ownership – it’s what Christmas memories are made of. But as we become increasingly comfortable with downloads and online services, it’s becoming much easier to dump the concrete and dive into digital.

As of today, if you’re an Xbox One owner, you should be seriously considering signing up for the Xbox-exclusive EA Access subscription service. It seemed a service destined to fail upon its first unveiling – offering not much gaming action for the asking price. But it’s turned the tide in emphatic fashion recently.

EA’s answer to Netflix (albeit being reliant on direct downloads, rather than streaming), it offers an increasingly-large catalogue of older titles in its “Vault” for a monthly £3.99/ $4.99 or annual £19.99/$29.99 fee, to be played without restriction. Sweetening the deal exponentially, EA has today announced that Titanfall 2 and Battlefield 1, two of the best shooters on the market, will be joining the service this month.

Both little more than six months old, that’s an excellent addition to the service. With superb single player campaigns and blistering online play, they were both contenders for game of the year last Christmas. Just to play Titanfall 2’s mech-stomping campaign mode is worth that monthly fee alone.

And they are just two of the now-many games available on the service. While some turned their noses up at the initially-slight offering the Vault had upon EA Access’s August 2011 launch, it’s a completely different story now. Not including the two-top notch additions, consider this sample selection of what’s now on offer through the subscription package:

...and that’s before mentioning the Xbox 360 titles that you get with it too, including the original classic Mass Effect trilogy and Dead Space.

EA Access also offers exclusive early trials of upcoming titles, including FIFA 18 and Star Wars Battlefront 2 in the coming months, with progress carrying over to the full titles should you purchase them fully when they’re released. You get a 10% discount on digital downloads of EA games too.

Now it’s worth remembering that most of EA’s games these days have multiplayer as a major component and selling point. It’s the rise of the “game-as-a-service”, titles specifically designed to be a long-term time sink, requesting a consistent commitment of your time.

So, once you’re hooked on one of these EA titles, you may be paying for this game service for “games-as-a-service” for months meaning that, if you’re only planning on one or two of these games, buying them outright may be cheaper in the long run. That’s before considering the cost of an Xbox Live Gold subscription if you’re planning on accessing the multiplayer features – though mercifully EA Access works at the Xbox Live Silver level too, if you’re only interested in playing solo or offline multiplayer.

Note that DLC packs aren’t included in the service either that, so keep that in mind if your interest has been particularly piqued by an eye-catching EA add-on.

However, considering the quality and variety of this surprisingly broad catalogue, you’ll likely dip in and out of many games here over the course of a month, more than justifying the monthly or yearly outlay.

While it’s unlikely you’ll ever see brand new titles hitting this service any time soon, the big names do eventually make their way across to EA Access. If you’re looking for value, aren’t fussed about playing the biggest EA games with day-and-date release, this is a great way to quickly beef up your catalogue. Combined with the Xbox Game Pass, first-time Xbox owners should now be seriously considering these new(ish) ways to play.