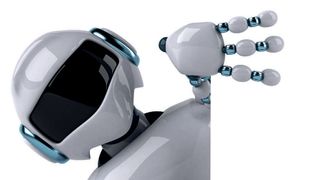 Google, always shooting for the stars, is now setting its sights on robots. Why? Because it can.

Team Google snapped up seven robotics firms in the past few months, according to The New York Times, with the aim of building a bunch bots for manufacturing purposes. According to some people in the know, the move is also to compete with Amazon's plans in retail.

As for who will be heading up the project, that'll be Android founder Andy Rubin - though he admits that robot manufacturing and delivery is another of Google's "moonshot" ideas. But then, so was Google Glass.

The bigger question is: robots vs drones - who will win?

Our blips are much more human.