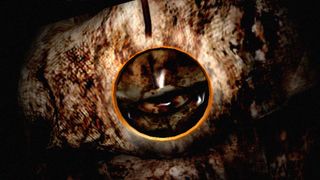 It's been hiding in the shadows for years now, but could the Silent Hill franchise of horror games be about to make a return?

That's the suggestion made by Twitter leaker Aesthetic Gamer, who has previously accurately shared early details on both the Resident Evil 7 and Resident Evil 3 remakes from Capcom.

According to the tweets, Silent Hill developers Konami have invited pitches for two separate Silent Hill games – one a familiar 'soft-reboot' of the franchise, and the other a more narrative-driven episodic title in the same vein as the Telltale games and Until Dawn horror series from Supermassive Games.

"In other news while I'm dropping this stuff, and I think I can talk about this, I'll mention there is a couple new Silent Hill games in the works," Aesthetic Gamer said.

"Konami about two years ago reached out to various developers to pitch ideas for two Silent Hill games, one a soft-reboot of the franchise, the other an episodic TellTale/Until Dawn-style game to go alongside the reboot. I don't know anything more than that though, but I sure do hope Konami's given it the appropriate budget and found the right developer to make those games succeed.

"This is just a guess, but I'd say there's a high chance one or both of those titles may be revealed this year, but we'll see. I don't actually know their plans or anything about these games other than their existence though, I don't know much about the inner workings of Konami."

It's a rumor that's since been further backed up by an independent source from horror aficionados at Rely on Horror.

Could there be any truth in the rumors? There's certainly been lots of noise surrounding the franchise in the past year or so.

For starters, Konami has been renewing its Silent Hill trademarks recently, while Silent Hill 2's art director Mashahiro Ito has become a key member of a new horror project at Konami – one he hopes "won't be cancelled" in the same way that Silent Hills, the last true snippet of a Silent Hill successor we've seen, was.

Silent Hills of course was a project lead by celebrity developer Hideo Kojima, who was the brains behind the Silent Hill franchise in the first place. He had a very public spat with Konami, his long term collaborators, which saw him part ways with the company while Silent Hill was being developed – leaving the property he helped to create at Konami.

Kojima is now said to be working on another horror project following the success of his bizarre Death Stranding, and sources speaking to Eurogamer say that his relationship with Konami is now much improved. Could he be making a return to the company, and the terrifying franchise he helped to build?