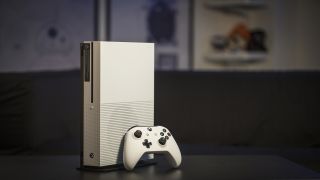 15 years ago, Microsoft released its Xbox console to the world, and replaced Sega as Sony's biggest competitor within the console space.

Nintendo fell away into third place and Microsoft and Sony set to work fighting a console war that has continued to this day.

The various Xbox consoles have had a variety of excellent (and some not-so-excellent) games. Here are a list of the most important in the console's history.

Although its good name was sullied by a disappointing third instalment, Fable is an undeniably influential role playing series and a gem in the first person shooter-heavy Xbox Exclusive crown.

The world of Albion might not have had the realism and scope of the worlds in titles such as Mass Effect and Skyrim, but it had a charm and sense of magic all of its own. This is largely thanks to its distinctive storybook visuals, enchanting soundtracks, and simplistic morality mechanic which effectively drew players into the world.

One of the biggest things that helps Fable stand apart from other role playing titles, though, is its sense of humour. Tongue-in-cheek and unmistakably British, Fable’s writing stopped the series from feeling like it was taking itself too seriously which was key in balancing out the unwieldy ambition of Peter Molyneux.

It’s tough to know what can be written about Halo at this point. It didn’t quite invent the modern shooter, but it gave it just the right pace and amount of auto-aim that it allowed the genre to work on consoles for the first time. The N64’s Goldeneye got the genre halfway there, but Halo finished the job.

Had it stopped there that would have been enough, but the game still holds up brilliantly today, and the Anniversary Edition remake for the 360 is a great way to experience the game (although unfortunately it’s not yet backwards compatible on the Xbox One.

Originally an exclusive to the Xbox in 2002, Splinter Cell was a genuine competitor to the behemoth of the Metal Gear Solid franchise, which had just performed a major win for the PS2 with Sons of Liberty. Splinter Cell showed off exactly what the original Xbox could do and cemented its position as a console for serious gaming.

Dead Rising was not a game that was without fault. It had clunky controls, a difficulty curve that was like running headfirst into a brick wall, and controls that had a unique feel to them to say the very least.

But no other game has quite replicated the classic zombie movie experience like Dead Rising, and it was a game that made a lot of early PS3 owners very jealous until its sequels took the series multi-platform.

5. Knights of the Old Republic

Star Wars is a film franchise that has infiltrated every game genre imaginable, from shooters, to side-scrollers, RTSs and flight-simulators.

But no Star Wars game has had its own personality quick like Knights of the Old Republic, which took the unique step of choosing to set its story thousands of years before the events of the films.

What followed was one of the best non-film Star Wars stories that has been told, wrapped around an RPG that could have easily stood on its own away from the Star Wars branding.

The last console generation was absolutely dominated by 3rd-person cover-based shooters, and it was a trend that was almost single-handedly started by Gears of War.

Yes, it’s cover-mechanics were lifted almost completely from Kill.switch, but Gears got the feel of it so right that it inspired a dozen imitators, and soon every game was rushing to let its characters pin themselves to cover during firefights.

In one fell swoop, Braid legitimised the Xbox 360’s nascent Xbox Live Arcade distribution platform and brought the concept of indie gaming to the masses.

Helmed by auteur designer Jonathan Blow, Braid mixed up the side-scrolling platformer rulebook with its time-turning mechanic and drip feed of narrative elements.

When the idea of downloading a console game was still met with raised eyebrows by gamers, Braid encouraged people to take a chance.

Those that did were met with a platforming experience like no other, earning Jonathan Blow mountains of awards and accolades, and inspiring a generation of indie developers to get coding.

Mass Effect is our second entry from Bioware on this list, but it proved that the KOTOR developer was more than capable of building its own sci-fi universe outside of the Star Wars license.

It’s later (multi-platform) games would feature a much more seamless merging of its third-person shooter and RPG elements, but the original Mass Effect did space opera on a scale that was unprecedented at the time.

For years the console racing scene was utterly dominated by the Gran Turismo series, which has been a mainstay of Sony’s PlayStation consoles since the beginning.

But when it came to the Xbox 360 and PS3 there was a new competitor on the scene, and it’s name was Forza Motorsport, a game which managed to almost effortlessly overcome the issues that had been plaguing the Gran Turismo series for generations like bad AI and a lack of vehicle damage.

Forza has since spawned five sequels, as well as a spin-off open-world racing series, Forza Horizon.

Geometry Wars for the Xbox 360 brought the dual-stick shooter back in a big way, and reminded everyone that games don’t have to be the biggest to be the best. It was a game that harked back to the classic arcade experiences of Robotron 2084 and Smash TV, but perhaps the highest compliment we can give it is that certain one particular TechRadar editor still keep an Xbox 360 around specifically to play Geometry Wars 2.

When Nintendo showed how willing non-gaming audiences were to embrace motion-controllers, Sony and Microsoft were quick to respond. Sony’s effort were the short-lived and under-supported PlayStation Move controllers, but Microsoft went bigger with its Kinect camera, which the company promised would usher in a new era of controller-free gaming.

It didn’t, of course, and remains as a potent reminder of Microsoft’s hubris at the beginning of the Xbox One generation of consoles.

Call of Duty has for many years been one of the biggest game series in the world. Each one of its yearly entries is almost guaranteed to sell in excess of a million copies, and will sit happily as one of both PSN’s and Xbox Live’s most played games.

So when its two founders were unceremoniously fired from Infinity Ward (the studio behind the most popular games in the CoD franchise), the who industry held its collective breath to see where they’d end up.

The result was Respawn Entertainment, whose first game, Titanfall, was one of the Xbox One’s early big exclusives. It didn’t exactly set the world on fire, but it was an important moment for the platform.

Sure, we’d had the first open-world Grand Theft Auto game by the time of Morrowind’s release, but, landing alongside the PC version on the original Xbox back in 2002, The Elder Scrolls’ third instalment felt revelatory to console gamers.

An expansive fantasy epic which offered true freedom to explore and interact in any way you chose, it captured the imaginations of RPG gamers long before Skyrim came to define the series.

An online game show where you could actually win real-world prizes? 1 vs 100 truly showed off the power of the Xbox Live network.

A massively multiplayer title, based on the gameshow of the same name, real players faced off against each other for the chance to win a ton of Microsoft Points - the Xbox’s now-defunct digital store currency.

Though its short lived nature suggests it didn’t prove as popular as Xbox had hoped, it was in many ways ground breaking. In a world now driven by social media, it’d be good to see if Xbox could resurrect the game successfully in our current hyper-connected world.

15. Rise of the Tomb Raider

By itself it was nothing especially groundbreaking, and best described as a solid follow-up to 2013’s Tomb Raider reboot, but above everything else, it’s Xbox exclusivity symbolises how far Microsoft’s consoles have come in fifteen years, although it would later make it’s way to Sony’s console in late 2016.

They’ve come from being a solid piece of hardware that lacked in exclusives, to snatching one of Sony’s prized exclusives from under its nose.