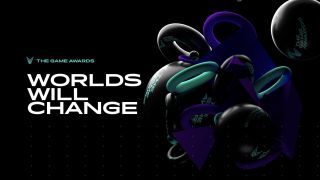 The Game Awards are back, and this year promises the biggest lineup of game announcements to date. Producer Geoff Keighley has revealed that more than 10 new games will be announced at The Game Awards 2018, alongside updates on upcoming titles.

While some announcements have been confirmed, such as the official reveal of the latest addition to the Far Cry series, others are merely rumored. So, let's take a look at what we can definitely expect, and what we hope to see, at The Game Awards 2018.

We have such an incredible show coming together for next week. More than 10 new games will be announced for the first time during #TheGameAwards plus updates on existing titles too. We will share some teases in the days to come.... pic.twitter.com/3w17tFIuTANovember 27, 2018

The Game Awards are an annual award show hosted and produced by videogame journalist Geoff Keighley – this is the fifth year the show has taken place. Winners are chosen through a mix of public fan votes (10%) and a voting jury (90%).

The Game Awards aims to 'celebrate the best video games and esports of the year', but we can also expect to see world premieres and exclusive announcements of upcoming games. Keighley has promised at least 10 new game announcements this year.

The Game Awards 2018 will be streamed live on YouTube, Twitch, Facebook Live, Xbox Live, Mixer, Steam and PlayStation. You can see all the available streaming platforms on the The Game Awards website. We've also embedded the YouTube stream below:

What announcements can we expect?

So here's what announcements we expect to see:

Ubisoft released a teaser trailer earlier this week teasing a new post-apocalyptic Far Cry game. The trailer also confirmed an official worldwide reveal for the title will be shown during The Game Awards 2018. You can check out the trailer below:

Geoff Keighley has confirmed there will be a big Fortnite announcement. However, a leak by a YouTuber has meant we already know what it was going to be. Fortnite is getting a new Sandbox mode called Creative, which will operate separately from Battle Royale and will allow players to design games and battle friends on their own private island.

Creative Mode will be available week one of Season 7 for Battle Pass owners and will roll out to all players on December 13.

While the full announcement may have been spoiled, there's a possibility this wasn't what Epic Games planned to reveal at all and we could be blown away by something entirely different.

If that's not the case, we can hopefully at least look forward to some more details on Creative Mode. Geoff Keighley has said the Creative Mode announcement is just "part 1 of the story".

Coming in Season 7… Fortnite Creative!Design games and build your dream Fortnite with friends. Everything you make is saved.Get early access to your own private island when you buy the Season 7 Battle Pass.Explore more info in the announce blog: https://t.co/APhbzvIboU pic.twitter.com/4YNqQJk5IODecember 5, 2018

We know Fallout: New Vegas developer Obisidan is working on a new RPG, and it looks like we might finally get a glimpse of it at The Game Awards 2018. Obsidian's official website and Twitter page have been counting down to the awards, teasing a "special message" is on the way.

While this hasn't been officially confirmed, all signs point to a CTR remaster being officially revealed at the awards and, with the success of the Spyro and Crash Bandicoot remasters, it wouldn't be a huge surprise..

Several influencers have received teaser items from Activision including Crash cookies and a pair of fuzzy orange dice.

According to a report by Venture Beat (and confirmed by Eurogamer), Dragon Age 4 will be unveiled at The Game Awards. Though we we get a glimpse at the upcoming game, its release date is currently "at least three years away".

We're not really sure what to expect from Nintendo, but we do know the company is planning an announcement of some sort. Nintendo tweeted urging fans to tune into the awards before the release of Super Smash Bros Ultimate next week, so it's likely the announcement will be related to that.

#TheGameAwards are almost here! Make sure you tune in tomorrow night at 5:30pm PT to watch it all live before the launch of Super #SmashBrosUltimate!https://t.co/gZdCzcdHch pic.twitter.com/43AAaq3ybjDecember 5, 2018

What we hope to see

We definitely know we won't be seeing any of The Last of Us: Part II, as Naughty Dog confirmed as much in a tweet.