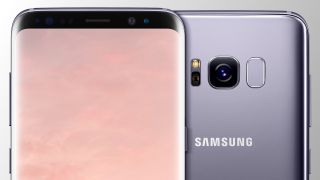 The Samsung Galaxy S8 is, so far, the definitive flagship smartphone of 2017. Its bigger partner in crime, the Samsung Galaxy S8 Plus, is high up there as well, especially if you have large hands or simply desire a blazing-fast, phablet-sized phone.

If you’ve read our reviews and have purchased one of Samsung’s S8 phones for yourself, welcome! With our combined expertise that spans across multiple TechRadar editors, we’ve made the following guide just for you, bringing the latest update information, tips and essential accessories and downloads to the surface.

The S8 originally launched with Android Nougat 7.0 and surprisingly, there hasn’t been much movement since then. With Android O just on the horizon and more than a few flagship smartphones updated to at least Nougat 7.1 or 7.1.2, it’s pretty clear that Samsung is lagging behind a bit.

Thankfully, unlike the Samsung Galaxy Note 7, there aren’t any literal or metaphorical fires that Samsung needs to race to put out. However, owners who were expecting an update within the first few months of the phone’s availability (aside from a few carrier-specific updates) are still waiting.

For Google Pixel and Nexus users, the jump to 7.1 brought along app shortcuts (think 3D Touch-like app icon functionality), though Samsung Experience 8.1, AKA TouchWiz, already has that function. So it’s very possible that while the updates may come eventually, more focus may be on getting Android O loaded up when it launches in Autumn. Speaking of Android O...

The next iteration of Android will introduce a bevy of new features to Samsung users, like picture-in-picture (PiP) mode, app notification badges, sped-up boot times and much more.

You can bet that Samsung will have some extras built into its version of Android O. Let’s just hope that Bixby launches in full as part of the major update.

But until then, S8 owners can soon look forward to Daydream support. Google made the announcement in May at Google IO 2017, so it should arrive any day now.