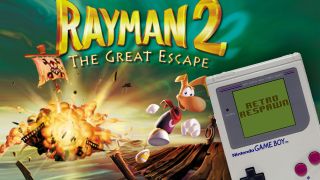 The Rayman series has appeared on most major consoles since its first release in 1995 but one console it never made it to was the SNES. There had been plans to bring Rayman to the beloved Nintendo console, but they never came to be. Now we all have the chance to play an incomplete version of the game thanks to game designer and archivist Omar Cornut who uploaded an early prototype version of the game to Dropbox.

This is all very exciting, particularly in light of the SNES’ recent resurgence in popularity thanks to the Mini SNES announcement. Look, I love the technological archaeology aspect of this and I can appreciate the feverish excitement and emulator wielding that has resulted. However, though I’m going to let you finish SNES Rayman (though you never will be finished) – Rayman 2: The Great Escape was the best Rayman game of all time.

Alright, actually, I wish I had the self-assurance of Kanye West to say that sentence out loud without adding a tonal question mark to the end of it. However, Rayman 2 is definitely one of the highest points for the invisi-limbed hero and I won’t be convinced otherwise.

Rayman 2: The Great Escape was the title that introduced Rayman to the third dimension and it stands out to me as one of the few times I wasn’t mortally offended by such a move.

Broken Sword, Monkey Island, Worms – the move to 3D in all of these beloved franchises inevitably took something away from them in my eyes. I didn’t physically palm my screen in an attempt to flatten the characters down but I was tempted to try it.

With Rayman, though, the move to 3D felt like more than an ill-conceived attempt to keep up with changing times. In some ways the addition of 3D reflected the character, soul and depth that The Great Escape added to the series, as well as the new camera angles.

Don’t get me wrong; I love the original Rayman for all its 2D quirkiness and diverse levels. But Rayman 2 is an excellent 3D platformer with such a greater degree of consistency and depth in its story, tone and world it’s hard to believe it came so soon after the first game.

Suddenly, Rayman went from being a weird, laid-back little loner to a real character with friends, enemies, and problems. Even better, the Rayman world went from an unpredictable mishmash of thematic locations to a coherent place with its own gods, lore, magic and creatures.

Its story, tone and and solid sense of place are some of the most exciting things about Rayman 2 because they were so new. When I booted the game back up recently I remembered just how much I’d enjoyed playing in the dark fantasy world of the Glade of Dreams for the first time because it was so utterly unexpected.

At the time I didn't keep up to date with gaming publications so I had no idea what was being done with the series, I just knew that I'd enjoyed the first Rayman game and wanted to play the second one.

Rather than feel betrayed by the changes to something that I'd enjoyed, I welcomed them because they were good changes regardless.

The best thing is that the game never tried to take itself too seriously despite doing so much more. The silly sense of whimsy from the first game was still very much there, just sometimes with a slightly darker edge. The robo-pirates being a prime example of this.

Sure, they’re threatening and use tiny children in their mines but they’re also led by a character called Admiral Razorbeard who, for some reason, has decided to make robot dinosaurs that behave like chickens an essential part of his metallic army.

It’s safe to say the balance between dark and daft is adequately struck with these villains. I’m not saying robot dinosaurs excuse child labor but, in this instance at least, they take the edge off. Right?

Visually, The Great Escape hasn’t aged all that well – like many games of the era it has the problem where the three-dimensionality of the object models draw attention to the flatness of their textures. At the time, though, it was outstanding and I can recall quite clearly being in awe of how good it looked on my tiny, boxy TV.

That said, the game’s rich and earthy color palette is as good as it ever was and the soundtrack is wonderfully atmospheric and incredibly diverse. Again, both elements are used very differently to the first game but these are changes that work because they complement the visual depth of the 3D.

Admittedly, when I first got the game I also got Britney Spears’ Oops I Did it Again album so my Rayman 2 memories are inexorably tied to that prime piece of pop more than its official soundtrack.

Even now there’s a certain part of the game near the start that I can’t get through unless I’m listening to the song Stronger. It was nice, however, going back to play that game and actually appreciating the effort that had clearly gone into the sound and music.

Gameplay is another area where Rayman 2 really pushed boundaries. In fairness, when your hero doesn’t have any joints you should take the opportunity to experiment with what he’s capable of doing. Progression is largely linear but it’s a nice mix between jumping, puzzle solving, combat and mini games that really takes advantage of the fact we can see Rayman moving from more angles.

Looking back on it, Rayman 2 is a really great game because it didn’t focus on or take much from the game that came before it at all.

It’s interesting that it’s a tactic so prevalent in the Rayman franchise when publisher Ubisoft has developed a reputation for sticking to the status quo with its core IPs in recent years. Am I suggesting we should learn from the past’s willingness to not lean so heavily on learning from the past? That would be annoying, unhelpful, and very like me.

What I will suggest is that if there’s one important thing to learn from Rayman 2 it’s that changing something isn’t always a bad thing to do, even when the thing you're changing wasn’t desperately crying out for a refresh.

Don't start changing things simply for the sake of it but it's always worth bearing in mind that just because players enjoy a format the first time around doesn't mean they want to experience it ad nauseum.

We've got emulators and nostalgic columns for that.