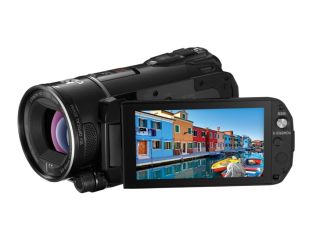 Canon has launched a new range of LEGRIA camcorders today, prior to the news onslaught that is CES 2010 in Vegas later this week.

And the big new selling points for camcorders this year are better batteries and bigger flash memory, it would seem, with Canon announcing:

"Canon today launches its expanded LEGRIA camcorder range, introducing four new series and offering more choice than ever before. Suitable for anyone – from enthusiasts, to those wanting an easy means of recording a family event, to budding social networkers – the LEGRIA series now offers a model with Canon's signature image quality to suit all budgets."

Pricing for the new range of Canon's Legria camcorders is set to follow soon.