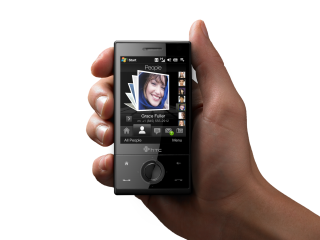 In spite of the economic hard times we find ourselves in, there are still plenty of silly, headline-seeking luxury gadgets around that attempt to substitute bling for substance.

One such bauble is a Japanese version of the HTC Touch Diamond mobile phone, which went on sale at the start of this month for ¥13 million (£85,000) fully dressed in a suit of diamonds.

Naturally, Softbank Mobile, the network operator behind the scheme merely hoped for a spot of publicity from the notoriously cute-obsessed Japanese media, so it can't have expected any actual sales.

How wrong it was – the company announced yesterday that all eight of the Touch Diamond handsets and their accompanying 537 Tiffany gems sold within three days.

A clearly astonished spokesman 'fessed up: "All eight were sold by November 3, [so] I guess the buyers found them worthwhile."