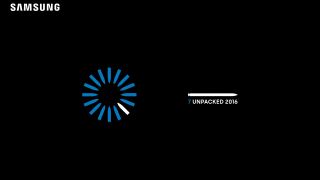 The Samsung Galaxy Note 7 launch will take place on August 2 in New York, after the South Korean firm sent out invites for the exclusive event.

It had been rumored that Samsung would bring the launch of its phablet forward, and that's exactly what's happened with the Note 7 shifted to the start of August.

In previous years we've seen Samsung's Note series launch at the tail end of the same month, right on the cusp of the IFA trade show in Berlin, but now it's totally removing the phone from any other association.

Pointing to the pen

The invite teases the arrival of the phablet with the use of a stylus icon (a hat tip to Samsung's S-Pen) and a tag line which reads "7 Unpacked 2016".

TechRadar will be reporting live from the Galaxy Note 7 launch to bring you all the latest on Samsung's latest phablet.