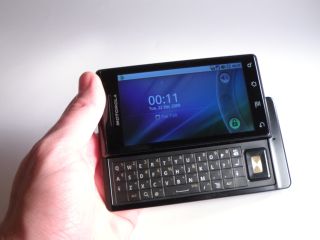 The Milestone gets an Android 2.1 update

The Motorola Milestone Android 2.1 update for the European market is finally here - and you don't even need to get out any cables.

Apparently the new update will be delivered over the air, meaning Moto Milestone users will be able to click and go.

More windows than you can shake a stick at

But it also adds another two home screens to the Motorola Android platform - taking the grand total to nine panes to throw widgets onto.

There's also a new camera and Facebook App from Motorola, as well as the Car Home interface, for finding your way in the car (in the continued absence of Google Navigation).

However, while GSM Arena has anecdotal evidence that this new feature is now working in Western Europe, we still need someone to confirm it's up and running in the UK.

So if you're a Milestone user, either perform a software upgrade or head to the official Milestone support page to download the file... and let us know how you get on.