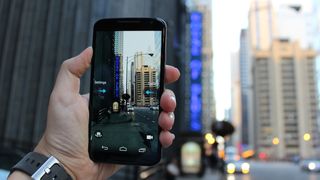 With Motorola's event slated for tomorrow, it's strange to see another Moto X leak to appear online.

The new leak comes from HelloMotoHK on its Google+ page, listing the 2015 Moto X to come packing a very large 3600mAh battery, along with a dual-SIM option.

Interestingly, the post says the Moto X will have a 5.5 FHD 1080p resolution screen, instead of a QHD screen which has been rumored previously.

It also lists the handset to have a 21-megapixel camera, a 5-megapixel front-facing camera and a microSD card slot, all powered by Android 5.1.1.

HelloMotoHk also posted the below image, which actually looks like a white and gold version of photos that cropped up online last week, leading us to believe that this really is how the Moto X will look.

The site has previously leaked other images of the 2015 Moto X as well, giving us a peak at what could be its inner workings.

But though it seems like some of the photos and specs are starting to line up together, we'll have to wait one more day to find out tomorrow what Motorola has in store for us.