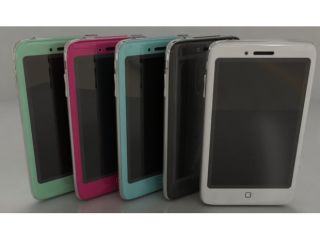 New concept photos of the iPhone 4G have emerged - with some cool new touches we think might actually make it to the final version.

The new concepts by Seraphan includes some well-thought out ideas - imagine being able to pick up the iPhone in a whole gamut of colours a la the iPod nano.

OK, we're not sure it's that important in tech terms, but the pictures still look pretty, so we're taking that as a positive.

Some ideas from the artist we think are likely to make the final iPhone 4G cut, such as a flash on the camera and porting the iPad interface to the mobile phone side of things.

Others are a little more pie in the sky - a microSD expansion slot is never going to happen in Jobs' reign, and we've grown tired of seeing rumours of a front camera too.

But it's always fun to look at pictures, and given we're likely to be snowed under with 'spy shots' of the forthcoming iPhone, this is a welcome distraction.