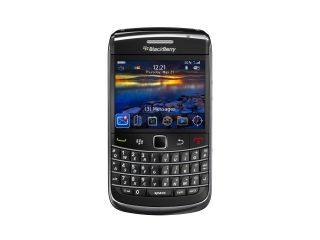 UPDATE: The BlackBerry Bold Touch has now been offically launched - check out our news piece and full hands on

RIM looks set to release a touchscreen and QWERTY combo phone into its BlackBerry family soon.

Codenamed Dakota, this new phone would have no trackball - instead, users would type text on the Bold-like QWERTY keyboard, and navigate through the interface with their fingers.

The idea of a BlackBerry that's half touchscreen, half physical keyboard is a pretty nice one - it would solve the riddle RIM's been struggling with since the release of the Storm, where it wants to get involved with touchscreen phones, but its legions of fans have grown up using a keyboard and don't want to switch.

The new phone is also rumoured to have a liquid lens on the camera, developed by Philips and offers a number of improvements over fixed lenses in manufacturing and performance.

We've yet to hear any more on this device so far, so don't go expecting it to appear on UK shelves in the next few months.

But you have to feel sorry for the poor optical trackpad - merely months after finally usurping the trackball, its being made redundant already.

From CrackBerry via Engadget