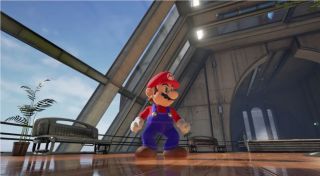 Nintendo’s consoles have historically stood apart from the rest of the gaming landscape. Big franchises which see yearly releases on the Xbox One and PS4 are much rarer on Nintendo’s consoles, which have had their own dedicated library.

Part of this has to do with Nintendo’s graphics technology, which has tended to not overlap with the other consoles in the past, despite many graphics engines being compatible with both competing consoles.

This is a trend which appears to be reversing with this generation as the industry standard Unreal Engine has found a home on the Nintendo Switch.

The Unreal Engine is one of the most widely used graphics engines in the industry, but wasn’t fully supported on the Wii U.

We’ve already heard that the engine will be fully supporting the Nintendo Switch, but now veteran Nintendo developer Shigeru Miyamoto has confirmed that even Nintendo’s internal teams have been experimenting with the software.

He stopped short of saying that Nintendo would be utilizing the engine in its own games, but the comments suggest that the engine feels at home on the console.

Hopefully consumers will see the benefit of games being easier to develop, and as a result more third-party titles will come to the Switch.